It all began with a bright light… an e-mail from Jörg from The Web Germany in which he asked for help during for the only concert of Marillion in Germany during their Christmas 2000 tour. Needless to say my friend Richard and I responded and offered our help. This was an opportunity not to be missed. Before we knew it we became official Marillion crew members for that very special day….. This is our story.

09.30 Arrival at the hall, we were the first one to arrive, so we had some time to walk around in anticipation of things to come…

10.00 The rest of the crew arrived with the equipment. After we introduced ourselves we started with unloading the trucks. Both Richard and I became mainly involved with the lightning. There was a lot of work to be done. Setting up the light racks, mounting the scanners, the 2k’s and other lights.  After that everything had to be connected and  the cabling lead to the light desk, this resulted in some acrobatics which would have done well in a circus. As said, a lot of work but we had good laughs with Zimbo and the rest of the crew, the atmosphere was great.

12.00 The backline arrived (The instruments and equipment of the band). Once again we helped unloading. After that still we still could help out with a couple of things but now it was more the work for the profies. Therefore we had some time to chat with some other volunteers (Hello Andreas, Ulf and Dirk) and members of the Web Germany team (Hello Joerg, Alex and Klaus). Erik, Stewart and Andy were busy setting up the instruments and doing the first fine tuning of them. The lights were lined out and the merchandise was being prepared (Great fleece btw 😉 All over the place final preparations were made.

16.30 While we were still enjoying our green pee soup, rolls and beer the band arrived. Immediately they started doing the fine tuning on their instruments. After that a full sound check was done and we already heard some songs which were being played later on that night. This resulted in goose bumps before the concert even had started. We had the opportunity to chat with old and new friends and time passed by quickly. 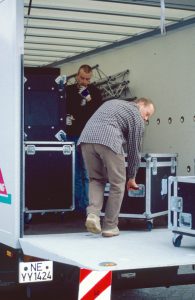 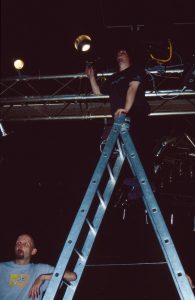 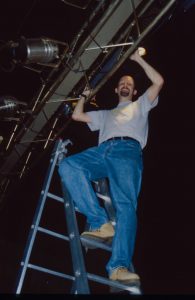 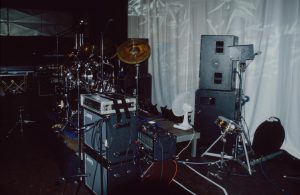 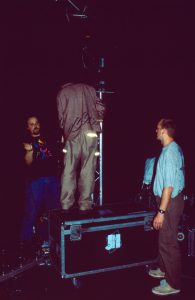 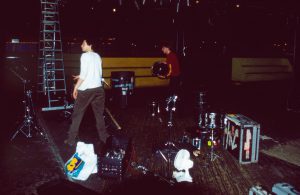 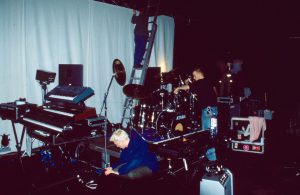 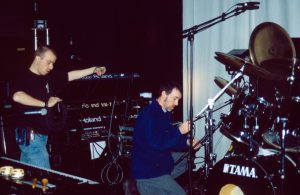 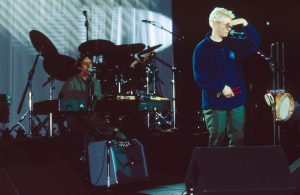 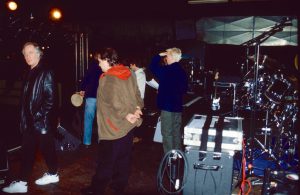 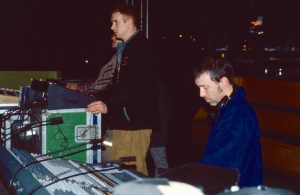 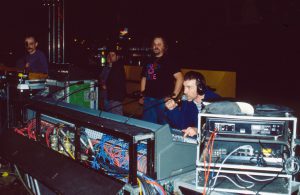 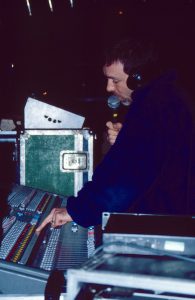 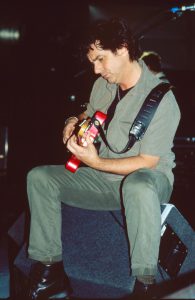 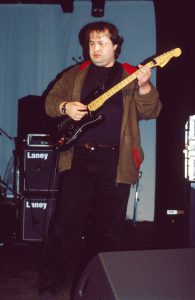 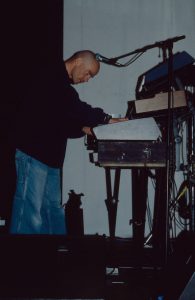 19.00 The doors were opened and the crowd entered the hall. Time for rock ‘n roll….

20.30 Marillion live!!!! The Rhein-Rock-hallen turned into a madhouse. The atmosphere was fantastic and the audience hardly gave the band a chance to start because of the overwhelming cheers and applauding. The concert was kicked of with Sugar mice and once again the audience took control singing the lyrics word by word. h just observed and was visibly touched. The first part of the concert was acoustic. Great interpretations of familiar songs brought back memories to the famous wall CD and the fantastic Christmas Dinner one year ago in Aachen.

The big surprise was Cinderella search, a song we thought we could only hope for to ever hear live again. After roughly forty minutes the Marillios continued with a splashing electric set. It was party time. I was thrilled to hear mad again, one of my all time favorites. There were some more surprises as well. The party was back on the set list after a long time! And a party it certainly was. The crowd was electric, the band in top form. To say it with h’s own words “Ooohh… it’s gonna be one of those nights again….” 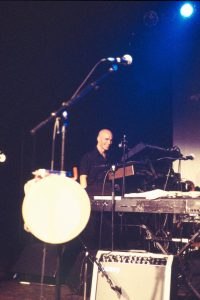 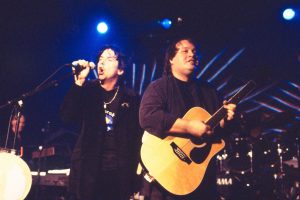 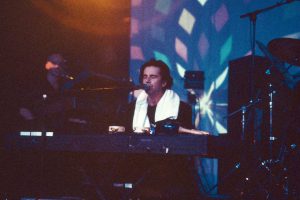 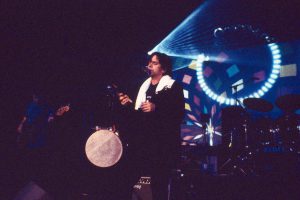 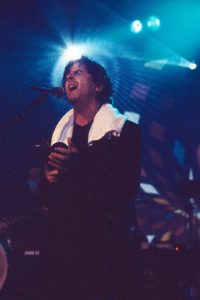 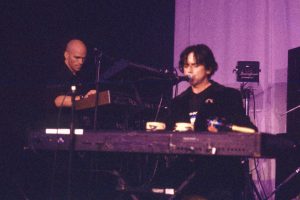 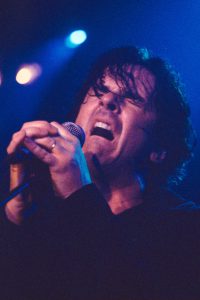 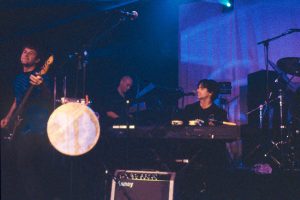 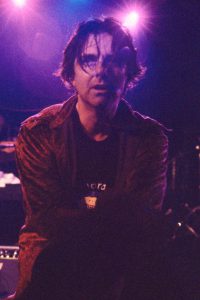 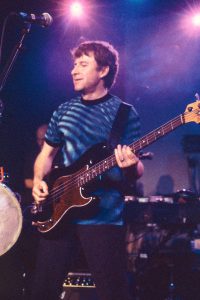 Surely a night not to forget. Two encores were planned but because everybody (including the Marillios themselves) were having such a great time h spontaneously decided to play a couple of extra songs which created some hilarity with the band (are we going home or not 😉 Two and a half hours after we heard the first notes of Sugar mice the concert ended. Smiles all over the place. What a night!

23.05    The end of the concert. It took us a while before we were down to earth again. Wow, this gig was a classic once again! The band was superb, the audience out of their mind and our Marillios we’re visibly touched by their reaction. A drink, a chit chat with some friends but then there was work to be done again… We helped with packing the instruments, dismounting the lights and collecting the enormous amount of cabling. After that everything had to be loaded in the trucks.

02.30    The last flight case was loaded into the truck. It had been a tiring day but both of us would not have missed it for anything in the world. We said goodbye to the other volunteers and Frank, Götz, Jörg, Norbert and Zimbo, the “official” crewmembers and headed home. It had been a fantastic day!!! 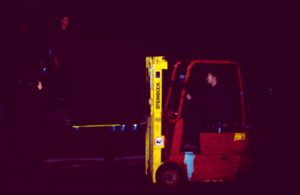 03.10 We arrived home. Tired but satisfied and absolutely happy. This day would keep us going for a while. However, we did not have to wait long until our next event…. We still had tickets for two more gigs in Rotterdam on the 9th and 10th of December but that’s another story….