Getting a train from Singapore to Malacca only took a couple of hours but as I had started late I was treated on the most magnificent sunset on arrival.

Next morning a parade was marching through the street and I was lucky enough to witness the spectacle from my hotel room.

Once the parade was done I decided to go and visit the “Dutch Square” with it’s famous red bell-tower, the old stadhuys, the post office and the Christ Church. This historic landmark was the former center of Dutch administration in Malaysia.

Another place not to miss was he a’Famosa, another historical place built by the Portuguese in 1511. Although the Dutch destroyed the Fort the remains can still clearly be seen and give a good impression on how this place once was.

My final place to visit in Malacca was the old harbor and buildings surrounding it. It was an interesting sight of modern Malaysia and I ended up in a small food stall for my dinner for the night.

Next Stop was Kuala Lumpur, Malaysia’s capital. I had already passed through it on my way to Singapore but this time I had the opportunity to admire the beautiful architecture of the railway-station.

It was obvious Malaysia was on a transition from an old era into the modern world. Large skyscrapers could be seen everywhere but still there were the more traditional places to be discovered. 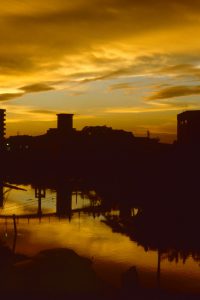 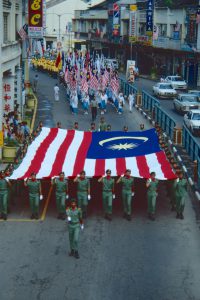 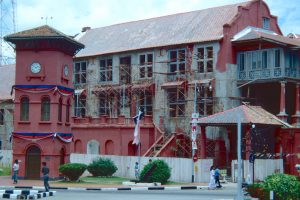 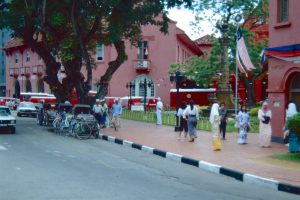 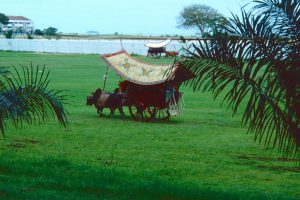 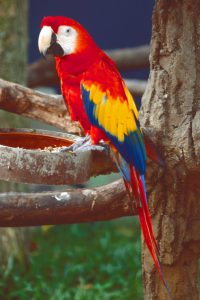 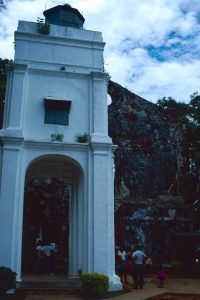 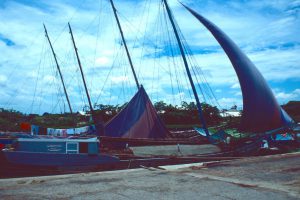 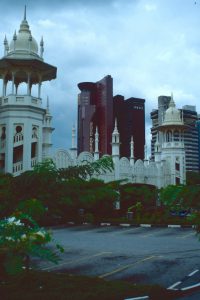 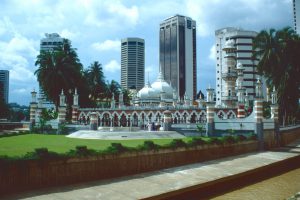 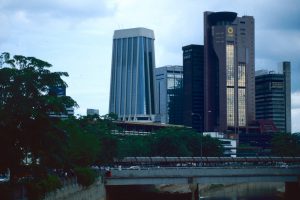 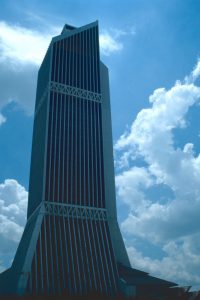 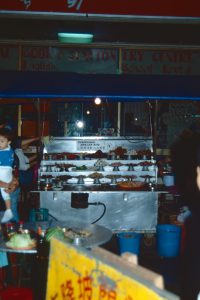 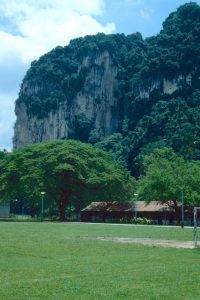 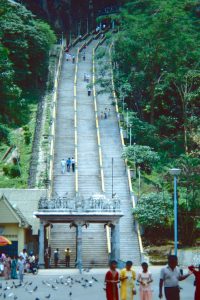 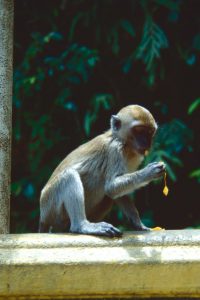 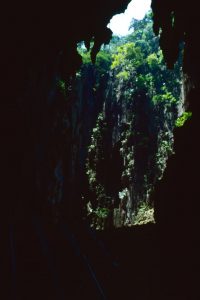 Definitely one of my favorite places was close to the youth hostel where I stayed. During the day it was nothing special but in the evening it transformed in a true foodies paradise. The specialty was “Steamboat”. A delicious broth with a combination of meat and sea-fruit to boil in it. Sitting in the middle of the street was an experience by itself and I could not resist to return a couple of evenings.

Just outside Kuala Lumpur the Batu Caves were located. It’s a collection of Hindu temples in a giant cave. In order to get there you need to concer a giant stairway but in order to sample the atmosphere it’s certainly worth the effort.

My time in Malaysia was over, far to quick for my liking. It was time to return to Singapore and catch a flight to my last destination of this trip, Indonesia… I had already experienced a lot and seen even more, still however I was not even halfway. By now four weeks of my two month journey had gone by so I still had five weeks to enjoy. In spite of a bad start I certainly had enjoyed my trip so far but it turned out to be that the best was still to come…

continue the journey to Indonesia