Next day I flew to Goa where Raj with a big smile on his face was already waiting for me at the airport. Like previous times he brought me safely to my beloved Little Cove Yoga Resort.

No more sightseeing, no more traveling… Eight days of ultimate relaxation, yoga, sun, beach, and meditation. Eight days to reflect on what has been without doubt one of the most intense and overwhelming journeys in my life. Like from the beginning it was clear to me my journey had to start in Varanasi and I had no doubt it had to end at Little Cove.

On arrival I was greeted by the friendly staff members, some who I remembered, some new. One of the big surprises was to meet Wendy, a girl I knew from my yoga classes in Sittard. She got in touch with me whilst I was in India and asked some recommendations about Little Cove but what a coincidence we were there at the same time, it’s a small world indeed.

Whilst we were chatting at the beach I saw that Pardeshi had spotted me and he came running towards me. A heartfelt welcome followed and only now my arrival at Little Cove was complete.

Not much later I went to the daily meditation class at the rocks, once everybody was settled Pardeshi told us to close our eyes and bring happiness on our face. I could intensely feel it coming up from deep within. Whilst the sun set, accompanied by the sound of the waves crashing on the rocks I experienced an extremely peaceful and intense meditation. I could not have wished a better start.

Dinner was as good as I had in mind and I chatted with some of the guests, like always there was a good and friendly vibe. As usual everybody went to bed early and I as well was ready for my first night in my cottage directly at the beach.

Next morning I woke up before the alarm and was already sitting outside enjoying the beautiful scenery in font of me when I was brought a cup of fresh ginger tea. I chatted shortly with Wendy who was in the bungalow next to me after it was time to go to the yoga class.

Pardeshi’s classes are more strenuous than the ones I am used to back home but I could follow it completely to the end. After class, when I returned to my bungalow a refreshing fruit salad was brought. Another daily treat that is part of the ritual at Little Cove. A refreshing shower later I went to the beach to enjoy the sun for a while.

Then the bell rang, time for lunch. Like previous years, it was served Indian style in the yoga shala. A wide range of delicious vegetarian dishes was served and soon everybody was enjoying a healthy, delicious lunch and engaged in lively conversations. Everybody was open and friendly towards each other and many friendships started at this wonderful place.

After lunch another lazy afternoon followed. I made a stroll along the beautiful beach, had a refreshing swim, and enjoyed some chats with some of the guests. Not a lot was going on but it was the perfect way to relax and unwind. After more than two extremely active and intense months it was good to let go and enjoy the art of doing nothing.

Mid afternoon the second fruit salad of the day was being served. Although life is simple we are spoiled and I cannot say I get the feeling missing out on something. Life at Little Cove is simply perfect.

As it was Sunday there was no evening meditation class but locals came to perform a dance after dinner. I missed out on this however as the day before Pardeshi had invited me, together with Wendy and Priscilla, a Parisienne, for dinner at his place.

At five o’clock we were picked up by Raj for the 45 minute drive to Pardeshi’s place where we were wholeheartedly welcomed with a refreshing juice.

There was a lot to talk about and the three of us listened to Pardeshi’s wise words which inevitably came up during our lively discussions. Whilst we were talking divine smells from the kitchen entered the living room where Pardeshi’s wife and her assistant were preparing dinner for us. 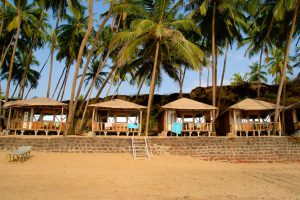 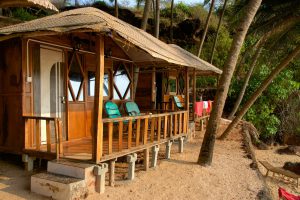 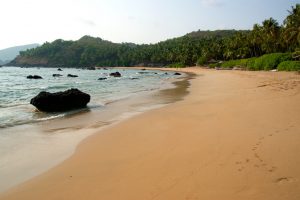 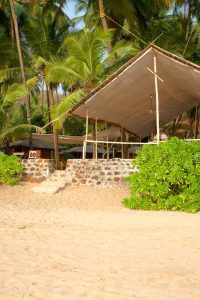 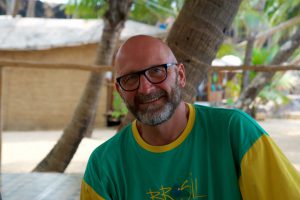 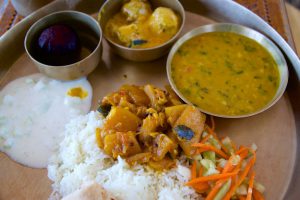 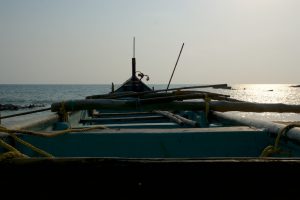 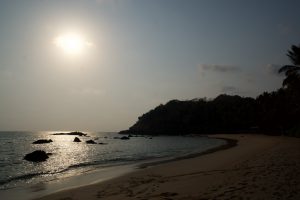 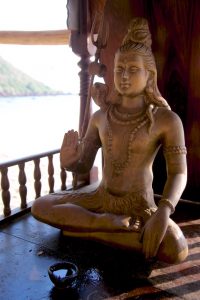 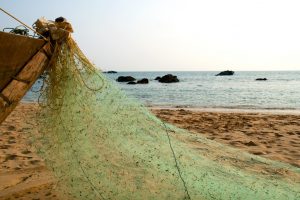 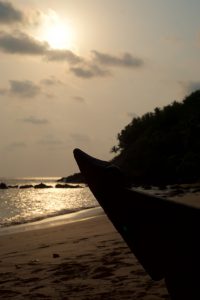 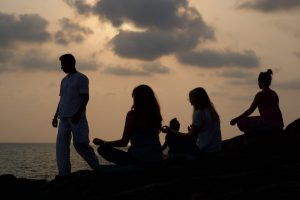 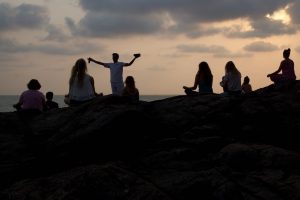 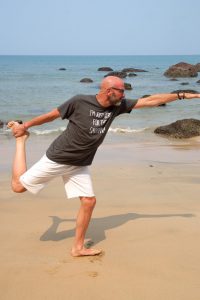 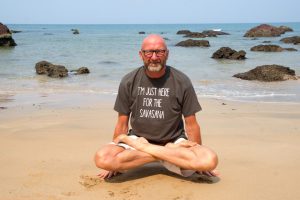 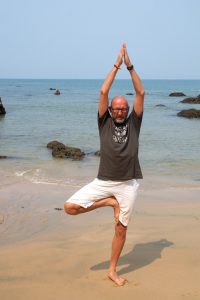 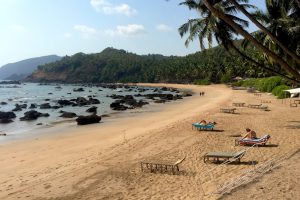 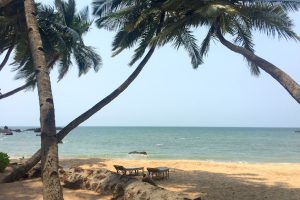 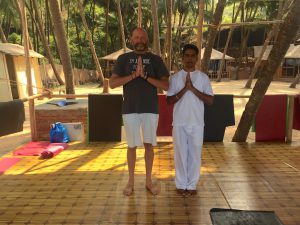 And what a dinner it was. A tali was filled with beautiful dishes, some I knew from Little Cove, some were new to me. The highlight was grilled okra stuffed with crunched peanuts, normally I am not a big fan of okra but this dish was simply amazing.

As usual when I am having a great time the evening passed by too quickly. We said goodbye to our fabulous hosts and Raj brought us back to Little Cove. On arrival we found that everybody was already vast asleep…

During the next couple of days I became more and more relaxed as I was getting used to the tranquil pace at Little Cove. The peaceful rhythm of the day was a meditation by itself. Although not a lot was going on there was no chance to get bored. The sea was just a few steps away for a refreshing swim, the guests were alway pleasant and there was always someone around for a chat feature f you were into it. On the other hand it was no problem if you wanted to spend some time on your own or listen to some music at the beach. Each day started with a refreshing ginger tea at the terrace of my bungalow, followed by an hour and a half yoga class. I had my regular massages and each day came to a close during a relaxing meditation session during sunset at the rocks whilst the sound of the waves guided us to a state of deeper self awareness. Even though not a lot was going on the day did not have to many hours, on the contrary.

Life was good and day after day I could feel myself getting more mellow and but in spite of the relaxing lifestyle the clock was ticking fast and my departure was approaching rapidly. Although I could easily stayed another week or so I was grateful for the wonderful memories and the stories I can tell.

I finished my last yoga class and enjoyed my final time to relax. Then I said goodbye to everybody and got ready for the long trip home.

My adventure might be over but when I look back my mind is overwhelmed and dazzled with experiences and sights. The journey has been so diverse, so intense, and at times even too much. There were times I simply could not handle the cacophony of experiences and emotions. Over one week I felt so sick and unstable I was almost ready to return home earlier than planned. I am glad that didn’t happen and feel dazzled just thinking at some of the things I was able to experience, the wonderful people I met, those who said hello and asked my which country I was from, or just wanted a selfie with me.

But then, when I think back of the whole experience I can only say one thing…

India, incredible India, I love you. I love you in all your beauty and splendor, but also with all your flaws and imperfections. The whole trip was absolutely stunning and somehow I have the feeling this wasn’t my last visit as I can already feel the urge for even more sights, sounds, smell, touch and taste.

To be honest it was good going home as well… It had been a brilliant time but nothing compares to home.