After breakfast Yus And Ayu joined me and we spent the rest of the morning chatting. Time passed by far too quickly so I had to pick up my luggage after which they brought me to the airport. We only arrived 45 minutes before departure but as Malang was just a small regional airport that was time enough. We took off 15 minutes behind schedule for the short flight to Bali. On hour later I arrived at the island of the Gods.

I picked up my luggage and not much later found myself in a taxi maneuvering through the chaotic traffic around the airport. I was warned before but still was shocked on how busy it was. Chaos, absolute chaos and we hardly made any progress. As soon as we headed south the road became a bit more quiet but still extremely busy on how I remembered it. But fair is fair, last time I was in their area was 2002…

Not much later we turned left and the road turned quiet. It felt like a time warp back to the time I first visited Bali. Finally we arrived at Brothers bungalows, close to Bangalan beach where I said goodbye to my friendly driver and received a warm welcome from the staff.

My bungalow, in the shape of a Lombok rice barn was simply gorgeous. Steps away from the pool and the restaurant. It was time for the first beer of the day. Later that evening we were entertained by live music from a three man band who were very enthusiastic and showed a lot of interaction with the audience. I chatted a bit with some of the other guests, had dinner and a couple of Bintangs (beer). It was a lovely evening and I could not have thought of a better place to start my stay in Bali.

I even managed a sleep in the next morning and after breakfast I headed to the pool. There I met Riccardo and Ilaria again, a lovely Italian couple I had been chatting with the night before. We spent the complete morning at the pool, enjoying the sun, the warm water in the pool and the nice conversations.

We enjoyed a late lunch after which we decided to have a massage. I choose a hot stone massage  and managed to fall asleep during the treatment as it was so relaxing. Then we walked to the beach and although we were too late for sunset it was a beautiful evening.

Dinner was enjoyed at Balangan Sea View Bungalows and although I will not remember the area as a culinary highlight (food was very tourist oriented), by now I realised I had found a true treasure. Balangan beach was far away from the hectic of modern Bali. Surfers populated the beach and the whole area reminded me of how Bali used to be decades ago. I loved it! We finished the day with a couple of cocktails after another day came to an end and I returned to my bungalow. 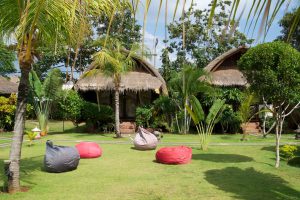 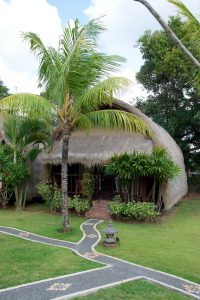 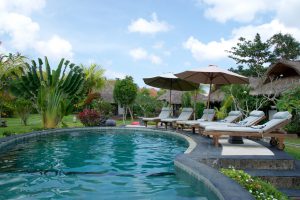 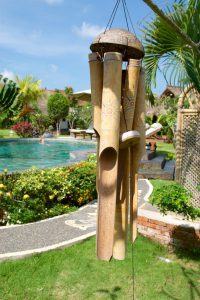 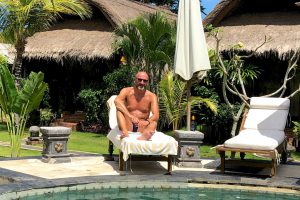 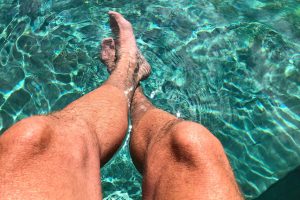 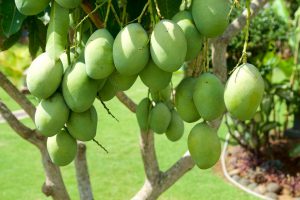 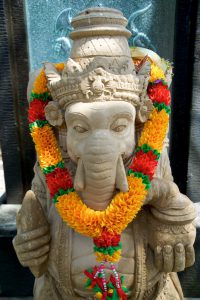 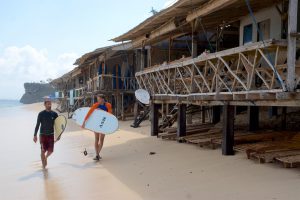 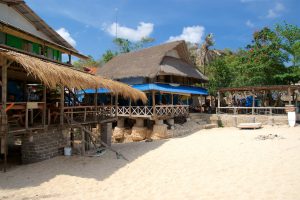 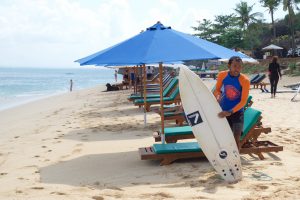 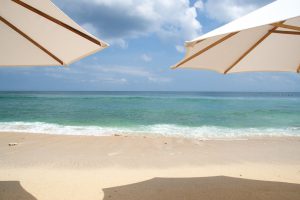 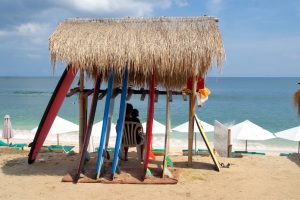 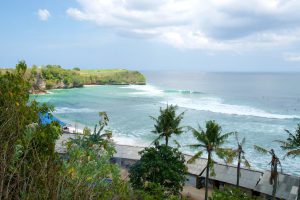 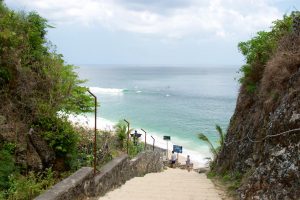 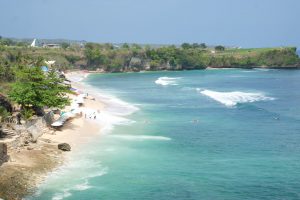 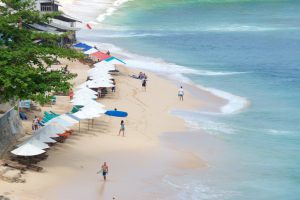 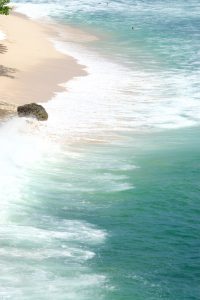 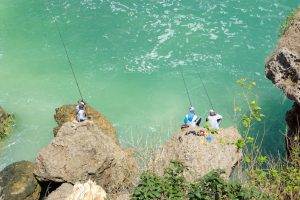 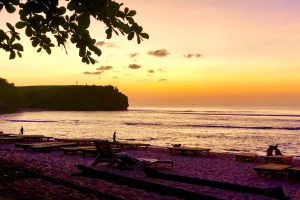 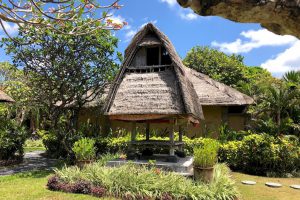 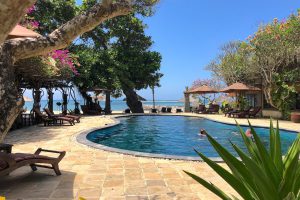 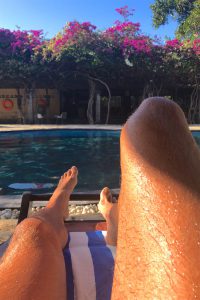 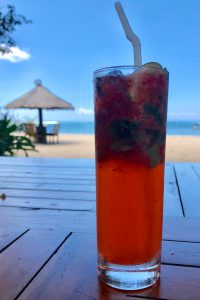 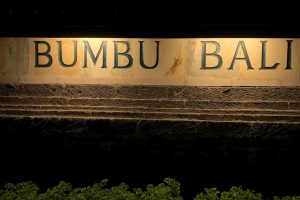 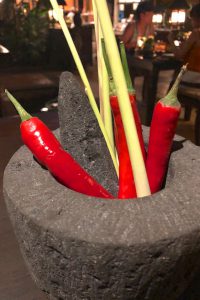 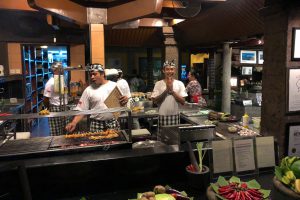 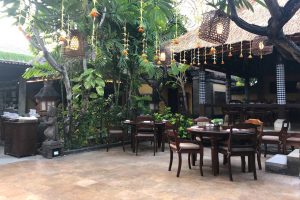 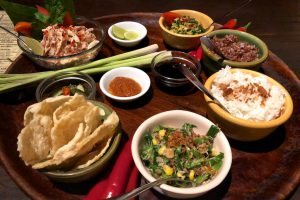 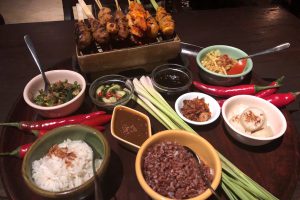 Another sleep in, another beautiful day. I spent the morning with Riccardo and Ilaria at the pool. One more lunch together after which they left for the airport, returning home to Turin.

I returned to the pool. Yesterday I was still a bit restless and felt the urge to go out for sightseeing but it did not take long to chill out and get into the right state of mind to settle down, relax and enjoy the art of doing nothing. I had found my peace.

The next couple of days I was in paradise. I could not wish for anything more having found a place that was so restful, so tranquil. Far away of the hectic that Bali can be at times, far away from the parties in Kuta. This was me, how good could it get.

I managed to go to the beach twice to enjoy the atmosphere and make some pictures but the rest of the time I enjoyed the beautiful garden, the pool and a daily massage. I even found time to read a book but as my concentration levels are not that good it was harder than I expected and at times rather frustrating.

Time flew by too quickly and on the 12th of September it was time to pack my things, enjoy breakfast and continue to my next destination, Matahari Terbit Bali in Tanjuang Benoa, at the east side of Nusa Dua. During the drive I already noticed this part of Nusa Dua was far mar touristy that the slightly isolated Balangan Beach.

My bungalow, located in a beautiful garden was spacious and the pool directly facing the beach. No surfers this time as Tanjuang Benoa was more knowledge win forwarders ports like banana boats and jets ski’s. Fortunately all of that happened far off shore so the noise did not reach us.

I ordered a cocktail and relaxed at the pool. Later that day I took a massage and another cocktail or two.

Next to my hotel was Taman Bhagawan, a beautiful beach front garden which houses special events like weddings, conferences and… concerts. That afternoon they were sound checking which made my massage a less relaxing experience than I had expected. The loud basses made me tremble on the massage table, which detracted me from the massage and was rather unpleasant.

Later that evening, whilst I was having dinner at the beach the gig started but I had to admit the band was good. They played all classic rock covers and I was so much enjoying it I even thought of going over at one point to see the band as well. But it was a closed event so I could only enjoy the music. Another good thing is that they stopped at 22:30 so I. Could still go to bed at a reasonable time. What had started as an irritation had become a very pleasant surprise.

The next day I spent at the pool and relaxed. I felt so peaceful I did not have the urge to go out at all, that was until the evening when I walked to Bumbu Bali, the no.1 Indonesian restaurant in Tanjuang Benoa. It turned out to be next door to my hotel so I was a bit early.

I was welcomed by a loud selamat dating from the kitchen staff and a waitress put a flower behind my ear, the traditional Balinese welcome. I was brought to my table and choose a spicy Margherita as an aperitif, it was the right choice.

Bumbu Bali had a great atmosphere and a large open kitchen so I could see what was going on.

Food was divine, shredded chicken and a soup of duck and banana stem to start with followed by a mixed sate. At more than one point I had tears in my eyes from the overwhelming flavors that pleased me so much. Unlike other restaurants here they were not shy with spices. The food was spicy indeed but with deep depth of flavors. Heaven on a plate.

My last day in Tanjuang Benoa was like all others spent lazy at the pool. I chose a place in the shade this time to give my skin a rest and was able to finish my first book since years. It was not that easy with my low concentration levels but with a lot of rereading I did manage. Needless to say I was rather emotional when I finished, something that I had not succeeded since my OP in 2014. It just seemed this was the prefect environment for it.

That evening urged to Bumbu Bali for another amazing dinner, this time pork ribs followed by lemongrass Icecream and marinated bananas. Like the day before it was amazing. Before leaving I bought one of their cook books so I could attempt to recreate their dishes at home.

The rest of the evening I spent at the beach enjoying some cocktails and started on my second book. Then it was time to return to my bungalow for one final night.

As you might have noticed my time at Bali was rather uneventful so far. Beach, pool, cocktails and food… But. As this was my 14th visit to Bali I simply could step back and just relax instead of having an adventure packed itinerary day after day.

Continue the journey to Ubud