In September I started my adventure but it did not come with an easy start. I flew from Amsterdam to New Delhi where I was informed the flight to Mumbai was delayed. After many hours of waiting I finally flew to Mumbai where the connection to Trivandrum of course was long time gone so I had to stay overnight. One day in paradise lost…

The next morning I boarded my flight to Trivandrum where the next unpleasant surprise came… no flights to Male that day and the flight on the next day was fully booked. I saw my dream fall apart but then I was determined to get to Male, one way or another. The only way to reach Male without delays that would make the whole trip totally useless (I had only booked one week in the Maldives and one day was already lost) was to get a ticket for a flight to Colombo in Sri Lanka with a connecting evening flight to Male.

And so it was done. I flew to Sri Lanka and continued on from there, late in the evening I finally arrived in Male, the capital of the Maldives and as it was already dark I could not get on an air taxi to Maayafushi, my island of choice, until the next morning and had to stay overnight in Male. Second day in paradise lost…

The next morning however I was able to continue the trip to my destination, Maayafushi in the north Ari Atol, 70 kilometer away from the airport but only a 30 minute flight by water-plane. The flight was on one word breathtaking with all the small islands of the atol seen from the air. With two days of delay I finally arrived, was it worth the hassle? Definitely !!!

I had choosen Maayafushi as it was one of the smaller islands and it would really give me the island feel and already on arrival I felt I had made the right decision. Already from the air the island looked breathtaking and on arrival that feeling only became stronger. A fantastic lagoon to swim in, simple but comfortable bungalows, and a beautiful surrounding. I had truly arrived in paradise!

With two days lost I had only 5 days left to enjoy Maayafushi and I certainly did! Of course the main reason for coming here was the diving, it was my first experience of diving in tropical waters after I had qualified as a diver. It was like a new world had opened itself for me. Beautiful coral, an abundance of fish life and I was even able to spot some sharks on one of the night dives. 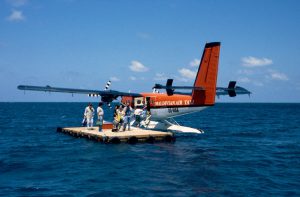 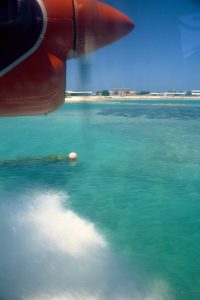 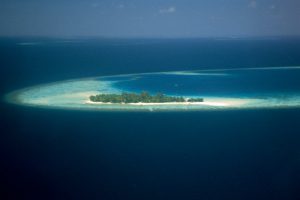 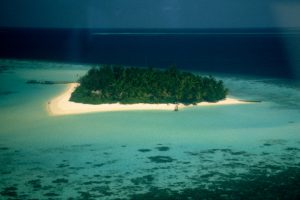 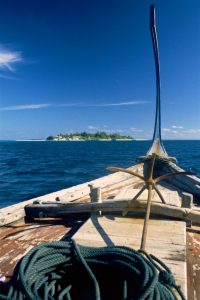 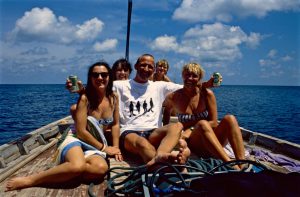 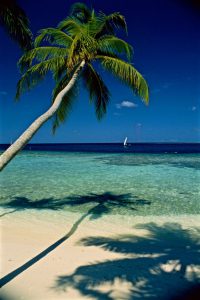 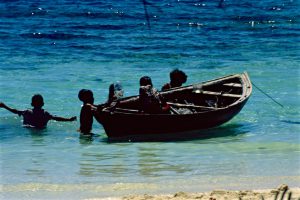 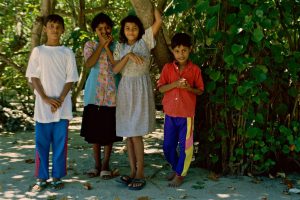 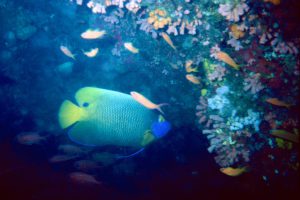 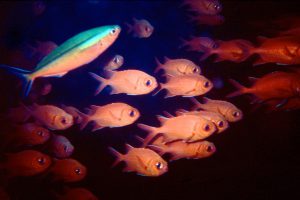 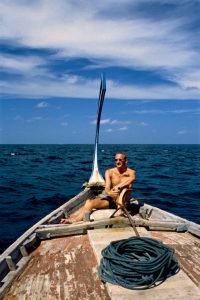 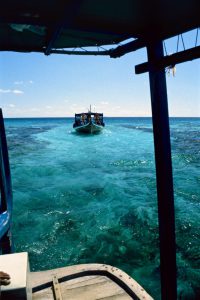 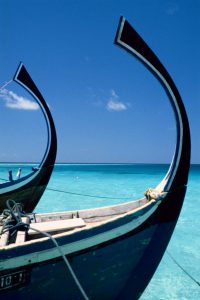 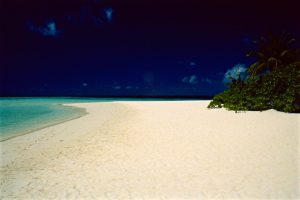 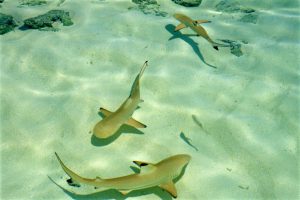 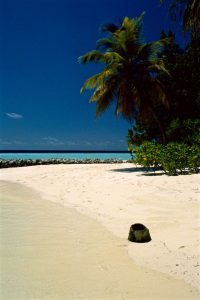 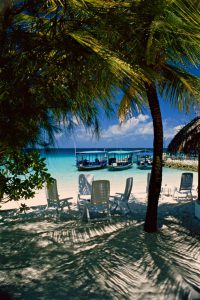 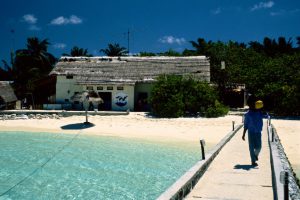 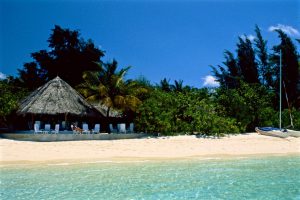 Living in paradise had it’s routine… Wake up, breakfast, dive… Relax, lunch, more diving…. Dinner, night dive, relax and party… Something one really could get used to.

Feeling like being in paradise one might easily forget that people actually live at the Maldives. One afternoon I decided to visit a local island instead of going diving and breath a bit of the local atmosphere. It was a beautiful trip, certainly a welcome break from the daily routine in paradise….

Five days gone by far to quickly for my liking. I had already travelled to the bottom of the ocean, now it was time to continue my journey to the top of the world.

Continue the adventure in Nepal