After my flight from Amsterdam to Bangkok I checked in at my hotel and decided for a little nap. A nap that lasted almost 24 hours due to the fact I was drugged by someone who added some substance to the water bottle in my room. I should have noticed that the lid was unsealed… By the time I finally woke up again my backpack was thoroughly searched and all valuables were taken away. No money, no travelers-cheques. No passport, no flight tickets, no camera. Panic all over!

My first reaction was to get home again and forget this nightmare as soon as I could, however with the tremendous help of my friends at the travel agency in the Netherlands I was able to sort out things, fight my way through the bureaucracy at the Dutch embassy in Bangkok, get a new credit card and travelers-cheques and get myself together for a fresh start of this trip.

This all lasted a couple of days which found me traveling from one side of Bangkok to the other and back again in order to sort things out but still I had the opportunity to visit some major landmarks and thanks to a borrowed camera I was even able to make some pictures.

Obviously I could not skip the Grand Palace and Wat Pho, the temple of the reclining Buddha. It was a wonderful experience wandering through the premises and enjoying the many statues and people worshipping them.

Strolling through the streets of Bangkok brought new experiences. It seemed that every street had it’s hidden treasures, there was so much to see and explore I even started to enjoy myself again after the initial disaster.

Once I had collected all items needed to continue my journey I decided I could not leave Thailand without doing a jungle trek in the area north of Chan Mai, a good decision as it gave me the opportunity to really clear my head and focus 100% on my journey through South East Asia. 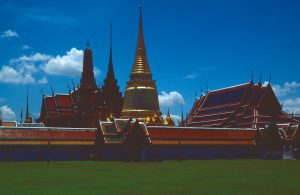 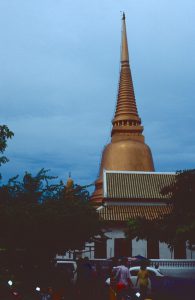 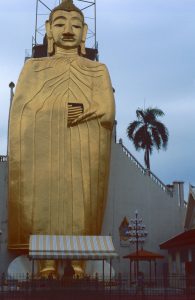 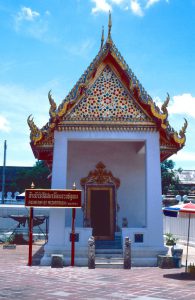 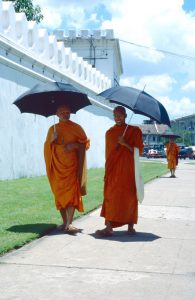 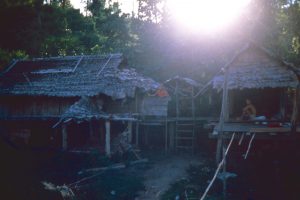 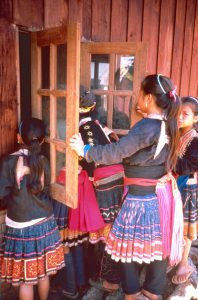 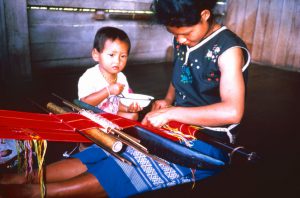 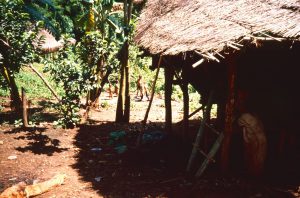 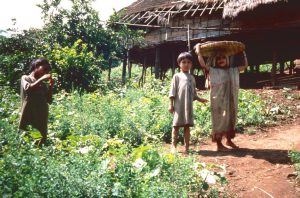 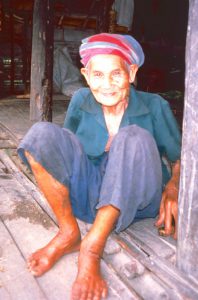 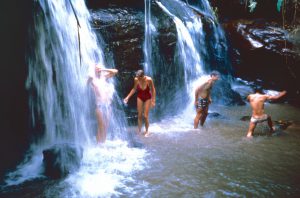 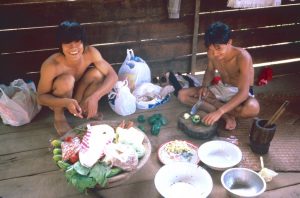 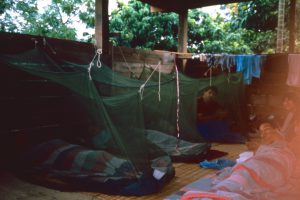 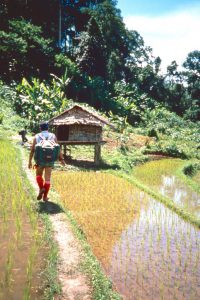 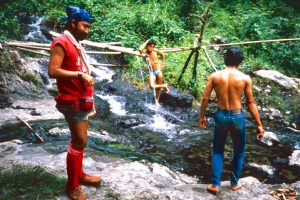 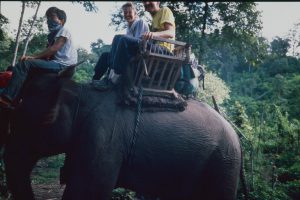 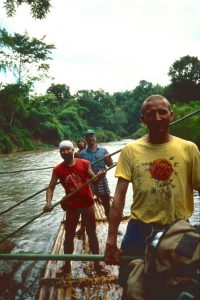 Once the group got to know each other we were brought with a jeep to the outskirts of Chang Mai from where our 5 day trek started. After a couple of hours hiking we arrived at a small village where we were greeted by locals who were still wearing their traditional dress.

Our carriers turned out to be good cooks who made a simple but tasty meal with the limited tools they had, sleeping was simple and not always comfortable (Fortunately a mosquito net was available) but non of us was complaining as the fresh shower in the morning made us forget all the inconveniences of the night.

The days went by fast, to fast for our liking as there was so much to be seen and enjoyed, it was a true different experience. Life was simple but good, going somewhere meant walking, food was improvised on the spot and water was never far away to cool our sweaty bodies. It was a lot of fun indeed.

On the third day we could relax our tired feet as we were treated by a tour on an elephant. It was hilarious and a lot of skill was needed in order to keep our balance.

On the final day more excitement was ahead as we travelled our way from the jungle back to our pickup point on bamboo rafts. That was a true adventure as none of them were giving the floating support we needed and we wondered whether they would still be in one piece until the arrival point. Obviously we made it and it was a lot of fun indeed.

The days in the jungle had been absolutely wonderful and it was difficult to leave Chang Mai and take the night train to Bangkok. After I sorted out the last couple of things I was now ready to leave Thailand towards my next destination. Initially that would have been Malaysia but as I had no camera anymore (I had returned the borrowed one to it’s owner) I decided to travel all the way to Singapore and buy a new one over there before continuing my trip. I took a plane from Bangkok to Hat Jay in the South of Thailand, crossed the border to Malaysia on foot, hitched hiked to Alor Star, took a train to Kuala Lumpur and from there another one to Singapore. In total I travelled over 1800 km in order to buy a camera. Total madness it might be but at that time it seemed the right thing to do…

Continue to part two from The Lure Of The East, Singapore