After I finally arrived in Singapore I needed to go and shop for a camera. Internet was not known at that time so there was only one way to compare models and prices, go from shop to shop. Finally I made my mind up for a new camera and a set of lenses and what better place could there be to test it out than the Zoo. Fortunately Singapore’s Zoo had a very good reputation so off I went.

Of course the first place to visit was the monkey area, they are always good for a laugh although I  must admit i would rather see them in the wild…

The Zoo was planned according to an open concept so that most animals were able to live in an environment that was close to their natural habitat. The disadvantage was that sometimes you could not come as close to the animals as you wanted but for sure it’s much better for them.

Still I must admit it was strange to see ice bears in a tropical area, I hope they manage to keep it cool enough for them.

The day flew by and slowly I was getting used to my new camera, time to head back to the hotel and go out for the night. I was lucky as Chinese new year was celebrated with a lot of shows and fireworks. Singapore certainly came alive that evening. 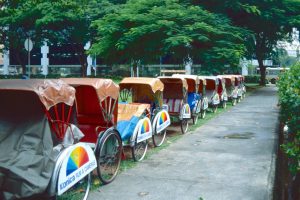 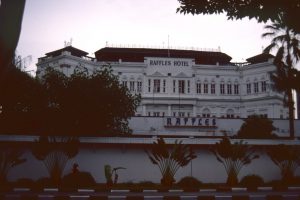 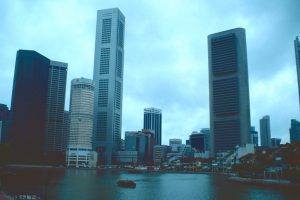 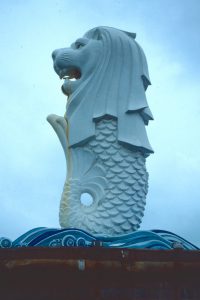 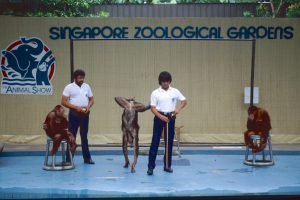 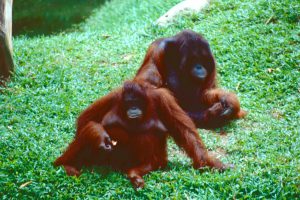 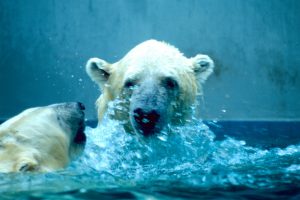 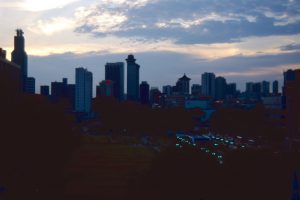 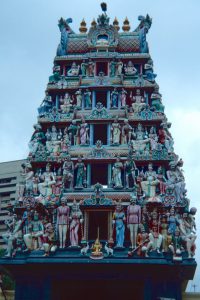 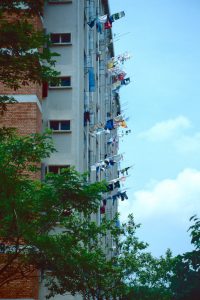 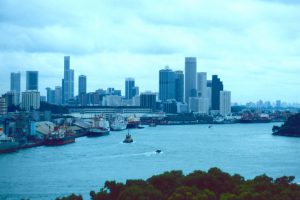 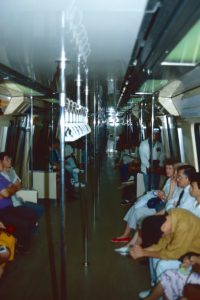 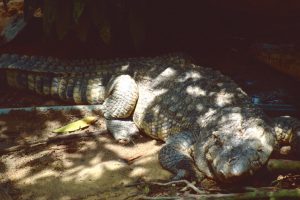 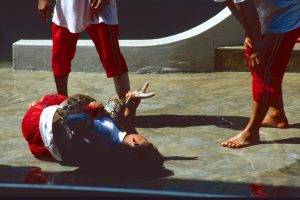 The next day I decided to stroll around the city and the old harbor. A visit to the famous Raffles hotel could not be missed and I treated myself to a Singapore Sling in it’s lush garden. Unfortunately renovation was going on so I did not get the full view of this marvelous place.

Singapore is a melting pot of cultures so I was not surprised to come across both Hindu and Chinese temples, they were really proof of how diverse Asia is, and I have only started to discover it.

Mainly I travelled by ricksha, a way of transport that was still available at that time but of course I also used the opportunity to use the metro, perhaps one of the cleanest ones I had seen so far. This did not come as a surprise as everywhere there were signs to be seen with warning not no smoke, not to eat fruits or to chew an apple. I was amazed one was still allowed to breathe.

On my final day I decided to visit the Jurong bird and reptile parks, it was a nice place to spend some hours and there were some typical Asia style shows to be seen, good fun.

As I literally whizzed through Malaysia in less than 24 hours in order to get to Singapore and buy a camera I decided to backtrack and return to Malaysia so I could get a sampler of what that country had to offer.

Continue the journey in Malaysia